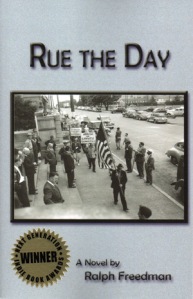 This novel, several years in gestation, grew out of Ralph Freedman’s experience after returning from Army service in World War II to his studies at the University of Washington in Seattle.  He had served more than three years in Army intelligence in the field and, at the end of the war, in a counter intelligence team in Austria. His senior year in 1948 coincided with the aggressive “exposure” of possible Communists and various “subversives” in the faculty by the state committee on Un-American activities, the Canwell Committee, that used methods now identified with McCarthy. Ralph Freedman knew a number of the victims, spent several summers in library research and considerably later developed a body of narrative fiction from this material.

In the novel, the protagonist, Jacob Becher, serving in wartime Italy, meets a woman, Francesca Mancini, a member of the Italian resistance on a battlefield in Italy where they are nearly killed together by enemy artillery fire. The exploding shell spares them but creates a bond that leads to marriage after the war. However, their marriage, begun with high expectations, comes to an abrupt end.  During the investigation by the Canwell Committee at the University where they both teach, Jacob betrays his wife.  Francesca escapes, the marriage ends, while Jacob spends the next fifty years tormented by guilt and his unabated love for her.  Terri, his daughter of a second marriage, is determined to uncover the secret of her father’s unacknowledged guilt. 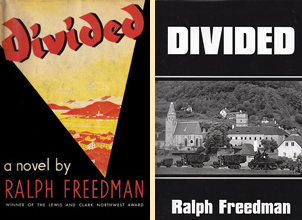 Divided, one of Ralph Freedman’s earliest works, is based on his experience as a member of a counter-intelligence team after the end of the Second World War.  In a small Austrian town, a detachment of American soldiers is charged with clearing the area of Nazi sympathizers in the town as well as in the surrounding mountains.  They are helped by Rosen, an immigrant Jew from Germany and Helmut, a non-Jewish German opponent of the Nazi government who had recently escaped from a Nazi concentration camp.  A love story develops involving Rosen and Ilse (or Illy) Anschaffer, the wife of a highly placed Nazi ex-official who is in hiding, Political as well as cultural divisions between the townspeople and the American occupiers—in cooperation as well as resistance—create the plot. 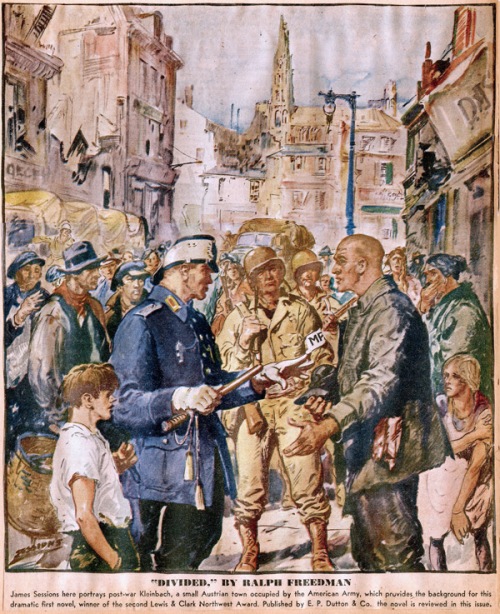